One plus of the clean up, was a chance for a peak into the Nature Center and a look at what’s happening. After months of looking like nothing had happened, there is now a lot of things being moved around inside. 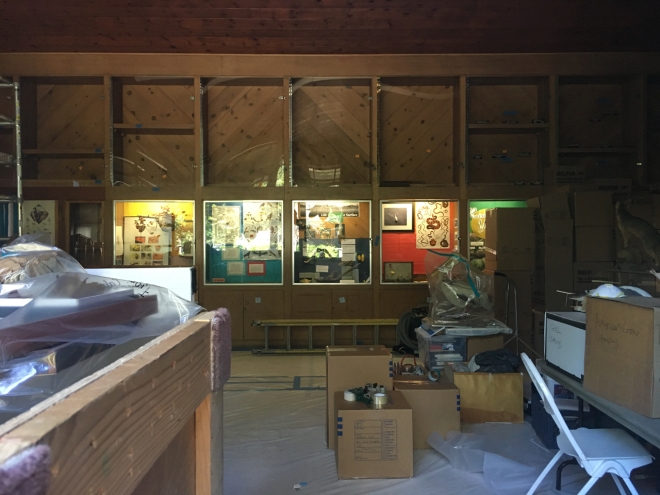 Karis Griffin of OPRYD said in her last update, that “all taxidermy is being wrapped and boxes as recommended by a professional taxidermist–for safe keeping–except for the mountain lion, eagles, skeleton heads of small mammals and other taxidermy which were sealed under glass.”

There is not currently a date set for the end of cleaning, but she is hopeful she will know by the 27th of April, 2018.

She also provided this general info. There are:

They also provided a list of taxidermy from 2012, but have not yet tallied that to what they are cleaning up now.