January 24th, 2018, some 60+ people came out to the Lake Merritt Sailboat House on very rainy night to talk about the Rotary Nature Center and what it might become at an Oakland Parks, Recreation, and Youth Development (OPRYD) “Meet & Greet”.

OPRYD was represented by Nicholas Williams, Karis Griffin (along with others like Dianne Boyd, and some the remaining  staff of the Center, Leanne and Michelle) . The  audience represented a wide swath of neighbors and organizations working around the lake: eg The Rotary Club, The Lake Merritt Breakfast Club, Measure DD Committee, Lake Merritt Institute, Oakland Museum of California, our group, (Community for Lake Merritt), Alameda Beekeepers, Golden Gate Audubon, Oakland Beautification Council, Insect Sciences Museum of California, California Center for Natural History, and more There were scientists, illustrators, naturalists, interested neighbors, and a kid who got her momto come.

We’d been gathering our allies through our petition, social posts, and emails, to allied groups. C.J. Hirschfield of the Rotary Club, and Jennie Gerard of Weed Warriors and Lake Merritt Advocates in particular deserve much thanks for their efforts). A huge shoutout to our board member Katie Noonan for her efforts to get people interested and involved.

The meeting itself was simple, Nicholas and Karis opened and answered some questions about the closure and the base level plans. Jeri Martinez from Alameda Beekeepers talked about the state of the beehive from the Center  which currently resides in Jeri’s backyard, waiting for the right time to return to their queendom at the Center. Cindy Margulis from Golden Gate Audubon gave an update on the heron colony and plans to attract them back to the lake. She also gave an impassioned coda as to why the Center is so important.

From there we talked a little about the process… next step for the larger community, a meeting Saturday March 17th, 2018 for people to propose projects for the Rotary Nature Center. In between that time, the city will be hiring a facilitator and creating a committee to come up with a strategic framework.

Nicholas said he want-s to honor the original vision of the Center, to protect the tradition with a 2018 spin. When pressed he assured the crowd that it will always be a Nature Center

OPRYD seems interested in taking guidance from the community in planning the future of the Center. We hope we will see continued communication from staff on how things are progressing

In just a couple days, the Lake Merritt Garden will be opening up for its annual Autumn Lights Festival. Community for Lake Merritt is helping out the Pollinator Posse with a butterfly themed exhibit in the pollinator garden.

We’ll also be having a little UV light critter hunt — no live critters — but some exemplars of cooly lit local California fauna. 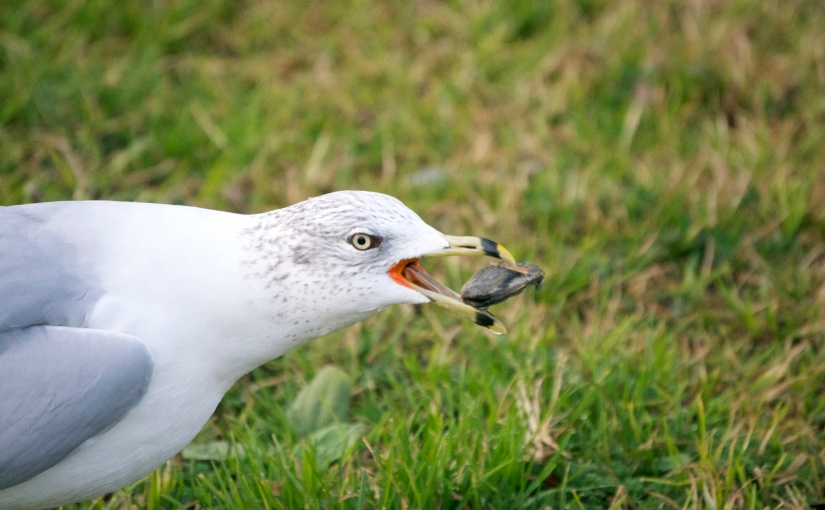 This festival is a celebration of the nation’s first wildlife refuge & the biodiversity in the heart of the Oakland. Come meet & enjoy dozens of environmental organizations, wildlife rescue groups, live animals, local merchants, and nature artists for an afternoon of fun & education for the whole city!

We’ll be out tabling as well, and look forward to meeting you.

Get full details and schedule on the event.

The event is a joint production between the Rotary Nature Center and the Wildlife Society, looking to raise some money for both of their endeavors.

The Rotary Nature Center is the overseeing body of the Lake Merritt Wildlife Refuge, and has provided conservation and natural history education for this Oakland landmark since 1945. This festival is a fundraiser for things such as binoculars for public use, museum display upgrades, and other educational equipment.

The Wildlife Society (TWS) was founded in 1937 as an international non-profit scientific and educational association dedicated to excellence in wildlife stewardship through science and education. The SF Bay Chapter of TWS is working to raise funds to support their college mentorship program, ethnic and gender diversity initiative, and events and workshops for professional development. It will receive proceeds from the silent auction from this event for their help promoting, organizing, and providing volunteers & programs for the fair.